Step by Step Photos on how to make Homemade Coconut Milk:

Thick Coconut milk is added to milkshakes and Lasi. 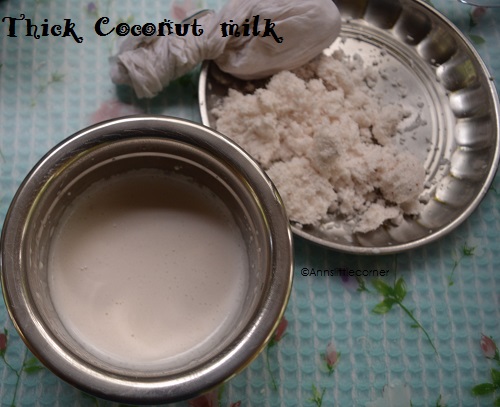