Lychee Sharbath is another delightful drink. I once saw this recipe in a tv show. Wanted to try this. I was waiting for the lychee season and finally got it. It was simply super delicious. There is a variety of lychee where the flesh does not stick to the seed in the center. Such Lychees are suitable for this recipe. As it is easy to chop them. Add in lychee chunks lemon juice and nannari sharbath. The delightful drink is ready. Checkout other Textured Drinks here. 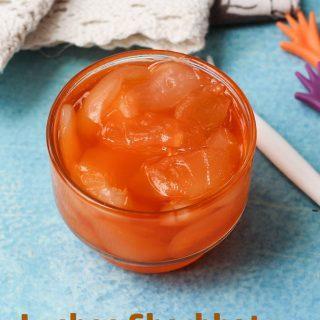 Step by Step Photos on how to make Lychee Sharbath