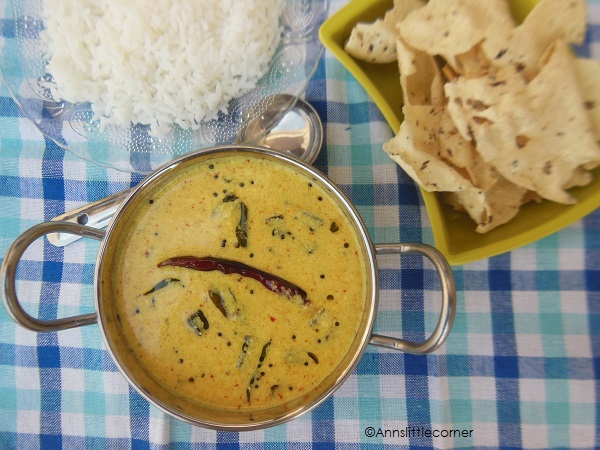 More Kulambu/ Ladys Finger Curd Curry is a yogurt based curry. This is mildly spiced yogurt with sauted ladys finger, served with steamed rice. More kulambu can be made with a variety of vegetables or fritters but the base gravy is the same. Ladys Finger is one of the popular vegetable used to make More Kulambu. This More kulambu has some similarities with Kadi. It quick easy and simply delicious. More kulambu is one of the instant kulambu variety that doesn't need more effort and preparation.. I am all smiles to have more kulambu with Potato fry.. Here goes the Recipe... 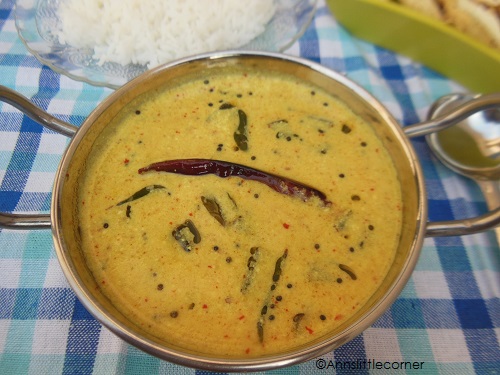 Step by Step Photos on how to make More Kulambu: