Milky Mushrooms are believed to be rich source of Riboflavin, niacin and selenium. Than the bud portion the Stem is said to contain more nutrients. It tastes little bit similar to meat, hence it can be used instead of meat. I have tried mushroom peas masala using these milky mushrooms. Mushroom masala is an onion tomato based spicy gravy. This is again a simple and easy recipe. Fresh cream is a key ingredient that gives the smooth gravy. Here goes the recipe...
Checkout Other Mushroom Recipes
Mushroom Fried Rice

Step by Step Photos on how to make Mushroom Peas Masala:

Milky Mushroom Masala can be served as a side dish for indian flat bread recipes. I enjoyed this with Red Cabbage Paratha. It also tastes good with dosas 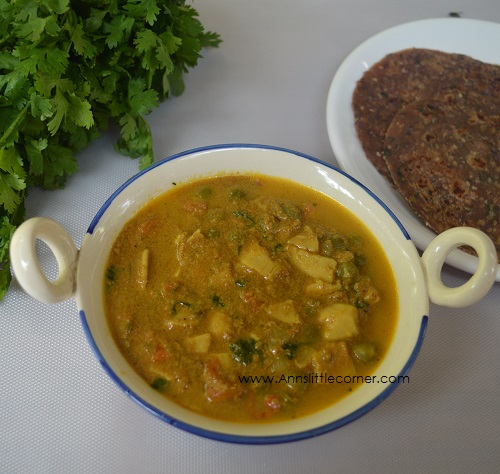